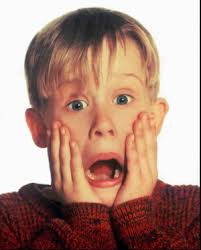 Ahhhhh.....the holidays are upon us.  I love this time of year, but I am always confounded by the way that it sneaks up on me.  Thanksgiving is always the fourth Thursday of November.  So why am I always surprised?  It seems that every year, time passes faster and faster.  Boy, the first few months of school seemed to take forever to pass before Christmas break when I was a kid.  Now, with all three kids in school, it seems like only a couple of weeks ago that the school year started.  It's funny how the days can drag on and on, but the months and years can pass in a flash.

Okay, enough Deep Thoughts for today.  The fact is, ready or not, this Thursday is Thanksgiving.  I jokingly refer to this week as the Cooking Olympics.  It's the time of great celebration, and cooks look forward to preparing their best on this day, more than any other of the year.

The question is, what is the best?  Do you like experimenting and throwing out new creations?  Or do you like to do what's expected, only better than expected?

Me, I'm a traditionalist, through and through.  Not only is Turkey required on Thanksgiving (I bristle at the suggestion of serving roast beef because turkey is "so boring"---suck it up, people!  It's Turkey Day!), but I am also feeling a little ill about the live show the Food Network broadcast yesterday.  They brought all of their stars together to answer questions via Facebook, Skype, email and phone.  And it was almost ALL about being new and different.  Hey, I can see the attraction to quicker cooking turkey, but cutting it up before cooking is just wrong. There must be a whole, beautiful, bronze, glistening turkey, sitting on the biggest platter you own, on the Thanksgiving table.  And what's all this nonsense about basmati rice stuffing?  Don't you know that stuffing requires dried bread, sage, celery and onions?  And flan for dessert? Fried ice cream?  Bah!  Pie!  It's not hard, folks!

Yeah, for me, Thanksgiving is not the time for gourmet food or pulling new tricks out of the hat.  It's about the basics, well done.  Roast turkey, mashed potatoes and gravy, homemade stuffing, orange jello, cottage cheese and Cool Whip salad, rolls, and pie.  Yes, I said Cool Whip.  It's the only time you'll ever that item mentioned here.  But there are some things that you just don't mess with.

On the other hand, how many days do you get to just cook for people?  No work, no school....just family and friends sitting around, waiting to eat what you cook them.  It's a little hard not to take advantage of that.

So here's what I do to get the most out of the Event:  Go traditional on the above absolute necessities.  And then I play with the rest of the meal.

I have, in the last few years, played with the dessert.  I'm past that.  It's not that I am against it.  I like the idea of pumpkin bread pudding with whiskey creme anglais.  The pumpkin cheesecake I made a couple of years ago was, indeed, outstanding.  Here's the problem: we're not big dessert people.  I was underwhelmed by the bread pudding, and while we loved the cheesecake, we also threw away its molding remains (over half of the cake) a couple of weeks later.  So if I want to experiment on desserts, I have to save it for when I am feeding large crowds, like parties and potlucks.  Then I am less likely to watch a day (or more) worth of work decompose over the following days and weeks.  For Thanksgiving, I am sticking to the tried and true.  This year, that means pumpkin pie, pecan pie, and apple pie (though I may throw some cranberries in with the apples).

So what's left?  Well, you may have noticed that I didn't mention vegetables.  I am not attached to the infamous green bean casserole.  I can throw it together, since lots of people do like it, but if it's just my family, I would be fine to leave it out.  So what then?  Well, there's a corn casserole that I remember liking years ago.  I looked up recipes, and there are scads of them.  I guess my best bet is to take elements of several that I think might work, and see what happens.  Also, butternut squash is so perfect for Thanksgiving.  Funny story:  I once had several butternut squash from our garden.  I had no idea they were so hardy.  I had never tasted the stuff, but I felt that I should use them up. So I found a recipe for butternut squash casserole.  Let me tell you, it's more dessert than veggie side dish, but really tasty.  Well, I took it to a family Thanksgiving, and it was well-received.  Except by one brother, who is generally not too fond of veggies.  Eventually, he was talked into trying it.  A month or so later, I got a call from this brother, asking if I would bring the casserole to the Christmas get-together, because he had been craving it.  Yup.  It's that good.

However, as I said, it's pretty dessert-like.  I want to serve an actual vegetable.  So I think that this year, I am going to roast cubes of butternut squash, lightly coated with oil and thyme, at a high heat.  Somehow, I am going to use a maple syrup glaze near the end.  I haven't figured that out yet, but it sounds good.

And how about cranberry sauce?  I'll admit, I am not a fan.  I haven't often given it much thought, and truly, I am fine with buying the can and slicing it up--just to say it was on the table.  However, it is easy enough to make from scratch.  I thought it might be good with oranges and bits of candied ginger.  As further proof of my belief that there is nothing new under the sun, I found lots of recipes by googling those ingredients.  Again, I will probably pull an idea here, another idea there, and hope it turns out.  If not, who cares?  It's cranberry sauce!

And finally, the completely unnecessary appetizers.  Seriously, who needs appetizers when there is such a big meal coming?  Well, considering my complete inability to put dinner on the table within an hour of my target, appetizers are a pretty good idea to hold everyone over.  Plus, they're fun!  I love appetizers.  This year, I am trying a new spin on something that I tried (with only marginal success) a few years ago.  I'm using phyllo dough to make little cups (using a mini-muffin tin), and baking them with a cube of brie, a bit of minced dried cranberries, and a maple-brown sugar glazed walnut.

So that's my plan.  I like to keep it very seasonal.  As much as I love lemon and lime, they just don't fit into my Thanksgiving plan.  I'm all about onions, celery, apples, cranberries, cinnamon and other warm spices....basically, anything homey and warm.  Of course, that's just me--an ultratraditionalist.

Now, how does it all get done?

Remember, there are lots of things that can be done ahead of time, even days in advance.  I put together a basic plan last night.  Here's what it looks like:

Monday--Clean the fridge and get the kitchen ready for a cooking marathon.  This may not be
necessary for people with better organizational skillz than I possess.
Shop for all Thanksgiving and day after food and supplies.
Make pie crust and store it, shaped into ready-to-roll disks, wrapped in plastic wrap AND in
a Ziploc bag.
Dry bread in a low oven, break into small pieces, cool and store in bread bags.
Start moulding butter in little leaf-shaped silicone candy moulds.  Corny?  Yes.  Awesome?
Also yes.

Tuesday--Clean the rest of the house and decorate.  See above.
Make candied ginger and candied orange peel (for cranberry sauce and brine)

Thursday--Make 1st batch of stuffing.  This is a Banks tradition for breakfast.  Those who marry in
don't seem to get it.  Whatev.
Peel and cube potatoes, cover with water.
Get turkey in the oven.
Make second batch of stuffing--the one that will bake and actually be served with the turkey.
Make appetizers.
Cook potatoes, drain, mash and add gobs of good/bad stuff to them.
Put stuffing in oven, in a casserole dish (I don't cook it in the turkey).
Peel and cube squash, prep for oven.
Take turkey out when done, rest while preparing veggies.
Turn oven up to 450, roast squash.
Once squash is done (it shouldn't take long), heat up casseroles and rolls in lower oven.
Make gravy from pan drippings.
Hopefully, the veggies and gravy will be done within 30-45 minutes, which is about how
long the turkey should rest, so dinner is served.  Will it happen this year?  Stay tuned.
After dinner, remove most of the meat from the turkey and make turkey stock from the frame
for tomorrow's turkey-rice soup.
Eat pie and crash.

So that's the philosophy and game plan.  As I am able, I will post some pictures and recipes as I go.  I am already behind today, so we'll see how it goes!

If anything that I have mentioned sounds interesting, let me know, and I will put that recipe at the top of the list to document!